Recent, engagement, content type, and relationship are the four primary ranking signals in the Facebook algorithm in 2021. This is partly due to changes to Facebook’s algorithm, which now favours user-generated material over page-generated content.

When a company wishes to run a Facebook ad, they must first decide on a purpose, an audience, and a budget. Despite the fact that businesses have control over who sees their advertising, how much they bid, and what creative and messaging they use, the algorithm ultimately decides how the ads are served in the auction. Facebook users will only see an ad if the Facebook algorithm approves it. You can learn more about Facebook ads by learning Digital Marketing Courses in Pune.

Contents show
1 What is the Facebook algorithm?
2 In 2021, How Does the Facebook Algorithm Work?
3 Why Should You Be Concerned About Facebook’s Algorithm?
4 What Are The Factors That Determine Who Sees Your Facebook Ads Based On Their Ranking?
5 What Prevents Ads on Facebook from Succeeding?
6 Facebook Algorithm Techniques for Adapting To (And Outsmarting) The Algorithm
6.1 1. Make sure your Facebook posts are well timed:
6.2 2. Make video a key component of your overall content strategy.
6.3 3. Before you dump links, start a conversation.
6.4 4. Encourage your staff and brand champions to spread the word about your content.
6.5 5. Photos and tags should take precedence over external links.

The Facebook algorithm is the platform’s method of determining which posts to push into users’ feeds and when they should appear.

The posts are not displayed in chronological order. Instead, the system evaluates and scores posts before ranking them according to how interesting they are in a user’s feed. The algorithm prioritises the posts it thinks you’ll like the most at the top of your feed. The Facebook algorithm rates all postings that potentially appear in a user’s News Feed depending on the likelihood that the user would respond positively to the post.

The Facebook algorithm works by sorting all of the postings in a user’s network based on how likely that user is to engage with them. It elevates Facebook posts that you’re likely to be interested in and conceals those that your behaviour suggests you won’t participate with, then rates and ranks posts depending on which ones you’ll find most interesting.

If you want your posts to appear at the top of the Facebook newsfeed, you’ll need to understand the ranking variables and signals used by the Facebook algorithm.

Why Should You Be Concerned About Facebook’s Algorithm?

On Facebook, there are 90 million Pages dedicated to small companies. There is a lot of competition. Your small business may struggle to stand out if you don’t have a large advertising budget.

You can reap the benefits of organic traffic and gain eyes on your content without spending all of your cash on Facebook advertisements if you work with the algorithm and post content that is likely to push to the top of your audience members’ newsfeeds.Read more  mangadex

What Are The Factors That Determine Who Sees Your Facebook Ads Based On Their Ranking?

When their target demographic visits Facebook or Instagram, Facebook advertisers want their ad to appear towards the top of the News Feed. Many marketers vie for the same advertising space. A real-time auction determines which advertising from Facebook’s inventory obtain the top spot. The ad with the maximum overall charge wins, although that calculation is influenced by a number of factors.

Estimated activity rates is the chance that a user will engage with or convert as a result of the advertisement. Facebook analyses a variety of indications from the user, the ad, and the ad’s content to determine how likely the ad is to have the desired effect.

Facebook considers how consumers react to ads as well as other “quality” variables like sensationalised language when determining ad quality. In the next instalment of this series, we’ll take a closer look at user value.

The three criteria are added together to get a total value score, which is then compared to other advertising targeting the same user. The winner gets the greatest seat in the house. Facebook marketers pay more for low-quality ads as a result of the overall value score.

The bid is the amount of money the company is willing to pay each time a user performs a specific action. There are various bidding tactics available on Facebook, but the most popular is lowest cost bidding. Learn how bidding works on the Facebook algorithm opt for the Online Digital Marketing Course.

As you can see, businesses can improve their Facebook campaigns in a variety of ways, including updating their audience, generating more engaging advertising, and modifying their bid strategy. They could also use click-baiting, withholding information, and misleading graphics and text to try to fool the algorithm.

These approaches were effective prior to 2018. Because it worked, Facebook was full of clickbait. After seeing that these low-quality ads were negatively impacting the user experience, Facebook decided to take a different strategy. Facebook changed its algorithm in 2018 and began prioritising “high value” advertising in the auction.

Facebook Algorithm Techniques for Adapting To (And Outsmarting) The Algorithm

The Facebook algorithm forces firms to adapt and roll with the punches, as evidenced by these continual developments. This can be intimidating, but it shouldn’t take away from Facebook’s value in your social media efforts.

Brands are required to promote excellent content that encourages actual interactions and shares as part of the new algorithm’s goal of creating more authentic interactions. Learn about the new facebook algorithm by taking up the Digital Marketing Training in Pune.

But how do you make it happen? The 5 techniques listed below can help you keep your brand in the good graces of the Facebook algorithm.

The Facebook algorithm favours posts with high engagement, which is why posting at the right time is crucial. Brands should attempt to stick to a content calendar that incorporates the optimal times to post on social media in order to increase interaction.

While this information isn’t the be-all and end-all of when to post, it can provide insight into when viewers are most active. After all, whatever you can do to increase your chances of getting seen by more people is a bonus.

2. Make video a key component of your overall content strategy.

It’s been said a million times, and we’ll say it again: marketers must jump on the video bandwagon now or never. When compared to any other type of material on the site, video content generates more engagement and interactions from users, according to Facebook. Meanwhile, a new modification to Facebook’s video ranking emphasises the importance of native video.

Marketers of all shapes and sizes can use video on Facebook to initiate conversations and keep their fans’ attention fixed to the page. You don’t have to make commercial content with a significant budget, either.

It’s not about outplaying Facebook’s algorithm in this case, but rather providing the platform exactly what it wants. After all, Facebook encourages posts that generate conversation and keep users’ attention by increasing their organic reach. visit the site beetv

3. Before you dump links, start a conversation.

As part of the most recent Facebook algorithm upgrade, the network is now penalising marketers that are thought to be attempting to “game” the system. While there may still be a time and place for these types of articles, organisations should seek to engage customers in meaningful conversations without being blatant about it. Facebook wants us to create material that sparks conversation, as long as we come up with inventive ways to do it.

4. Encourage your staff and brand champions to spread the word about your content.

Since the day you started marketing on Facebook, you’ve had the key to beating the algorithm right under your nose. Yet, despite this, many companies disregard the most important aspect of their business: their personnel.

Employee engagement has never been more important than it is now. Because Facebook favours information from friends and family over that from businesses, now is the ideal time to establish or fire up your employee advocacy programme. For more information click here youtuber streamer

5. Photos and tags should take precedence over external links.

According to conventional opinion, Facebook likes marketers to maintain content on their platform rather than relying only on off-site links. In fact, Facebook’s practise of ignoring links in favour of its own homegrown material, particularly in the case of video, is well-known. Sure, publishing links won’t make you completely disappear from your followers’ feeds. Learn about all these by taking up the Digital Marketing Classes in Pune.

What is A landing Page and What is it Good For 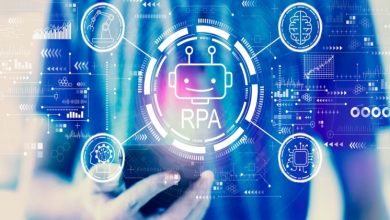 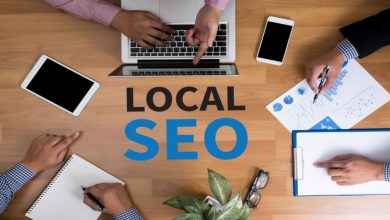 What Will an SEO Company Do for Your Business? 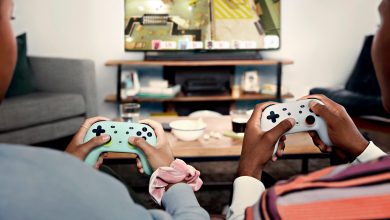 What Video Gaming Advice Can You Pass Along to New Players? 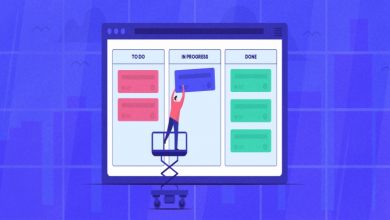 How To Become Insanely Productive With Kanban?