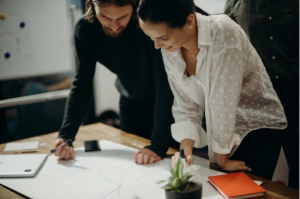 Linguistics refers to the study of language as well as the principles governing the combination and organization of the elements of language. Earlier it was known as philology and is even today sometimes used synonymously with linguistics.

Through the centuries, philology was mainly a comparative study which analyzed the similarities and differences within the family of related languages, as well as historical that analyzed the process of evolution of the language as well as the changes it has gone through over a period of time.

This latter study of the changes in language is known as diachronic whereas the study of the systematic interrelations of the components of the language at a particular time was known as synchronic study.

The Swiss linguistic Ferdinand de Saussure gave lectures in language as a self-sufficient system, these lectures were written and compiled by his students and were later published as Course in General Linguistics.

In this very filed of linguistics, important contributions were also made by the American structural linguists, Leonard Bloomfield and Edward Sapir, who set out to devise a vocabulary and a linguistic theory adequate to analyze various Native American languages.

The concepts and procedures of Saussure in analyzing the language, have been adopted as a model for analysis of the forms and organization of large-scale literary structure.

Philology was an empirical and a fact-based study of language. Therefore, it appealed largely to the students of literature who ventured to ground their enterprise and research paper writings on hard evidence rather than what they considered to be subjective responses.

Later on, there was a call for the recovery of discipline and rigor in literary criticism which led to the formation of New Philology. This movement focused on reorienting the philological study away from its traditional focus on establishing an authoritative text to a concern that the reader is impacted by the very particularities of each text.

There are several linguistic terms that are applied in the field of literary criticism and are important to be remembered in case students need effective assignment help.

Modern linguists focus on the three aspects that together constitute the grammar.

There is a fourth aspect as well that is sometimes included in the area of linguistics, which is known as semantics. Semantics is the study of the meaning of words and of the combination of words into larger structures like phrases, clauses and sentences.

In this very study Saussure introduced the concept of science which is made of two inseparable entities known as signifier and signified. Whereas signifier refers to the speech sound or written marks that form the sign, signified refers to the meanings of the sign.

There are various features of a language as well as various branches of study that have been formulated and worked upon in various research paper writings. One of the branches of phonology is phonetics. rats mites ivermectin Phonetics is the study of pronunciation of the speech sounds in various languages.

Every language has their own system of phonemes which either overlaps with or varies from the phonemic system of any other language. This is the sole reason why we call it a foreign accent when the speakers of other language face problem in adapting to the pronunciation of the native speaker. In fact, even in a single language, the native speaker will alter the pronunciation of a single phonemic unit within different combinations of speech sounds and will also vary the utterance from one speech sound to another. Saussure proposed the principle that what we identify as the same phoneme within a language is not determined by the physical features but by the differences it shares with other phonemes in that same language.

After phonology, the next level of analysis is morphology. Morphology studies the combination of phonemes and morphemes into words.  A morpheme is the smallest meaningful unit of speech sound within a language.

The stream of speech sounds has certain segments which constitute an utterance. Such segments are phonemes, morphemes and other such words. Thereafter the linguists also differentiate between the suprasegmental features of a language.

These features are stress, juncture, intonation, all of which function in a manner so as to alter the identity and significance of the segments in an utterance. Stress may imply the importance of the word it is being laid upon. how long to use ivermectin for rosacea

Intonation implies the change in the pitch, the rise and fall of melody, in course of an utterance. Juncture denotes the transition in an utterance between the adjacent speech sounds whether within a word, between words or between group of words.

There is a third level of analysis known as syntax which has rules that analyze the speech performance of the language. Analysis is done for the arrangement of words into different phrases, clauses and sentences. dose de ivermectina para cães injetavel In this very category there is a widely used distinction between the paradigmatic and syntagmatic relations.

Therefore, these were a few points on the importance of linguistics in literary criticism, a field that had widely gained a lot of importance. These points are sufficient enough to offer effective assignment help to literature students.

How Can Your Internet Presence Impact Your Life?

How Does Cocaine Cause Addiction? Questions You Must Answer Before Joining a NEET Coaching Institute 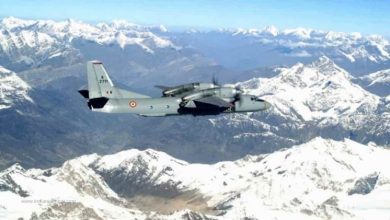 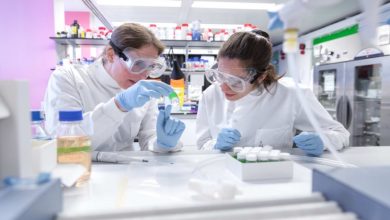 How chemistry is part and parcel of our life?

How do you develop your career in data science?