Additional dwelling units are popping up all over California as a great way to provide affordable housing to low-income families. They are also great for housing aging loved ones, turning into home offices, and raising property value. If you are on the fence about developing one, here is why you should build an ADU in Los Angeles.

New ADU laws in the state of California and in Los Angeles itself have made it easier than ever to construct an ADU in your yard. The Accessory Dwelling Unit Standard Plan Program launched by the Los Angeles Department of Building and Safety (LADBS) has made a way to expedite the ADU permitting process.

The initiative offers pre-approved plans that take less time to review. You don’t have to pay a designer as much using a pre-approved plan, and it will go through the permitting process much quicker! Thus, you can save time and money during your ADU development by building it in Los Angeles.

There is also the CalHFA’s ADU grant program that grants individuals up to $40k towards pre-construction costs. Thus making your ADU a lot less expensive to build.

Los Angeles is a crowded place with expensive housing options. You could be a part of the solution to the growing homelessness problem by building an ADU and renting it out at affordable rates.

Plus, you could benefit from the extra income generated by renting out the ADU. You can use that rental income to pay off your mortgage, buy a new car, pay for your kid’s college, or anything you want!

An ADU can also be a place to house your aging parents who would otherwise have to go into assisted living. By having them live in your ADU, they can keep some independence, and you can save on the amount of money it would cost to have them move into an assisted living place.

Build An ADU In LA

So, the answer is yes. You should build an ADU in LA because doing so has never been easier. ADUs have loads of benefits and opportunities associated with them that you should take advantage of.

Why Is it Necessary to Have a Credit Card? 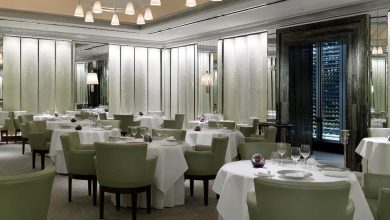 How to Create a Positive Work Culture for Your Employees