How does Polkadot function?

Three different blockchains can be made by developers using Polkadot.

The Polkadot network’s para chains are created to use the relay chain’s resources and compute capacity to verify the accuracy of transactions.

By allowing contact between Polkadot and other blockchains, bridges make it possible to exchange tokens throughdecentralized exchanges.

Through a database partitioning technique known as sharding or parachains, Polkadot enables several blockchains. Transactions can be processed effectively across parallel chains thanks to these parachains.

Because of how Polka Dots are designed, multiple Polkadot chains can share and use each other’s data and functionality.

Is polkadot a good investment?

A project called Polkadot cryptocurrency links various cryptocurrencies together into a single network. It enables end users to easily switch between blockchains, choose which elements of the transaction should be on-chain or off-chain, and specify how their tokens should be represented.

Scalable “parachain” technology builds the framework for a new type of Web3 that is more expansive and superior than anything we have yet seen. It provides an uncensorable form of the internet and lets decentralized programmes and smart contracts operate freely on its decentralized platform. Crypto networks have a promising future, and Polkadot wants to be among the most cutting-edge ones. The Polkadot project intends to develop a new blockchain platform that enables information transmission between parallel blockchains, enabling the development of new blockchains without altering existing blockchains. Polkadot makes it possible for chains to be found and connected while also acting as a relay between them. To support several blockchain consensus mechanisms, including proof-of-work (PoW) and proof-of-stake, Polkadot leverages parachains (PoS).

In May 2021, Polkadot was severely impacted by market turbulence, and the price dropped from a high of US$52.90 to US$17.71. It was at $20 at the time, but it has been increasing gradually since then.

Dot’s market price at the time this report was being written was about $28. It was in a brief downturn after falling from its 24-hour high of roughly $29. Some experts believe that costs for Dots won’t change significantly. Some others predicted that the price would only be $30 by the end of 2022. On the other side, according to FX Streets analysts, Dot will increase to $82 in the middle of 2022, allowing for further gains at the conclusion of the year.

However, the trading view technical analysis suggests that an outstanding 2022 may be possible. Investors may have lost faith in the market, which has resulted in lower prices. The markets are in a strong sell position, according to Trading view.

The EIP-1559 upgrade, which would revamp Ethereum’s fee structure and possibly turn it into a deflationary asset, is scheduled to go live later this month. Overall though, they could coexist rather easily due to the contrasts in the projects. Instead of focusing on the ‘overtaking’ headlines, we should consider how both projects have evolved and what they have added to the cryptocurrency ecosystem as a whole.

However, the release of Ethereum 2.0 as a whole doesn’t seem imminent. Many of Polka Dot’s goals have not yet been put to the test, and Ethereum is the preeminent development ecosystem.

To advance the project, adoption is essential. If Polkadot gains greater traction, we can assess the architecture’s capacity to handle the resulting rise in demand.

Polkadot is basically a blockchain system that accumulates several Blockchains. For polkadot, you can trust this article or Bit-QT App.

How the cryptocurrency trends changed the concept of investment? 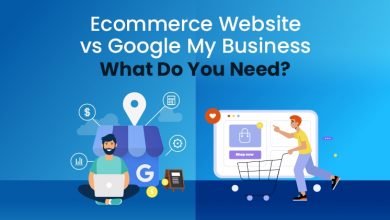 Ecommerce Website vs Google My Business – What Do You Need? 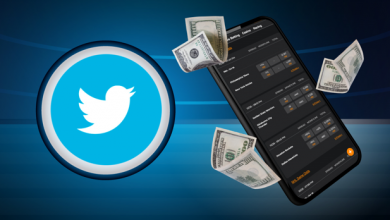 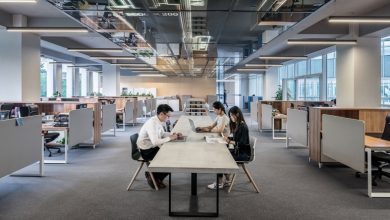 Buying or Leasing – Which Is a Good Idea for Office Space?