“The Card Counter” was released digitally recently and it’s the right time to recall another big gambling-related movie “Casino”. The masterpiece was directed by Martin Scorsese in 1995 and it still remains one of the most authentic films about the industry. Even though the plot is total fiction but there was a real story that inspired the creator to shoot it.

In the film, Sam “Ace” Rothstein is a professional tote player who has mastered the game. Nobody understands how to forecast the outcomes of matches and contests better than him. His executives in the Midwest entrusted him with overseeing a casino in Las Vegas. Sam’s old acquaintance Nicky Santoro was sent to assist him. Their firm thrived for several years until Nicky became too involved with organized crime and narcotics.

Sam falls in love with Ginger McKenna, a high-end Las Vegas prostitute. Despite the fact that she doesn’t love him and is aware of Ginger’s dependency on another guy, Sam decides to marry her and start a family. Furthermore, he places the sole key to the bank’s cell containing two million dollars in cash in Ginger’s hands — a key that secures his freedom and security and that only she has access to.

A few years later, Sam’s personal life begins to unravel: Ginger develops an alcohol addiction and is seldom sober; she also uses drugs and is still imprisoned by a longing for another man – Lester.

Sam, on the other hand, still loves Ginger and forgave her a lot, but it’s hard for him to ignore the fact that his wife is ready to betray him at any moment. Ginger uses Sam Rothstein’s daughter to blackmail her husband and creates ongoing controversies. Sam divorces her, but he honors his pledge to pay her the money he promised before the marriage.

Nicky has been put to the list of those who are not allowed to enter casinos. Santoro is effectively denied the opportunity to present in Las Vegas since there are few sites in the city that are unrelated to the game. He becomes even more entangled in organized crime in Las Vegas, not aiming to conceal, and he and Sam will soon confront much more serious challenges. The FBI is also a challenge for the mafia. The FBI keeps a close eye on all offenders and gathers information about mafia members. Sam and Nicky have a series of significant disagreements. Ginger begins a relationship with Nicky and requests that he kill Sam, but he refuses.

At the same time, the FBI, having gathered sufficient evidence, arrests a number of mafia members. The mafia lords face preliminary hearings in court, following which they resolve to assassinate practically everyone who knows anything. As a consequence, numerous mafia members are slain. Santoro and his brother are beaten to death and then buried alive in a cornfield, and Nicky is also killed. Ginger travelled to Los Angeles, met drug addicts, spent over two million dollars in two months, and died from a heroin overdose. Sam returned to where he began after surviving an assassination attempt and escaping a vehicle explosion — he began to play the tote in San Diego and select the winners.

Sam’s character was inspired by a famous gambler Frank Rosenthal. He was born in Chicago and made his first steps in betting by predicting the results of horse races. He moved to Vegas and started his career as a croupier but very soon took over the position of manager. The rumour has it that Rosenthal had powerful friends in Chicago who helped him to get his hands on almost every casino hall in Vegas. He even survived the attempt of assassination with the bomb attached to the bottom of his car. In 1979 it was discovered that the omnipotent casino manager had no gambling license! He was convicted and ended up with the prohibition to even step in any casino house. But that only made him move his business online.

Some might think after watching “Casino” that gambling is a simple way to become rich and successful but real life is slightly different. Casino experts like Exycasinos’ advice to keep your head cool and never put everything you own on the con. Responsibility always comes first!

Where to Host Your Magento Store in 2021 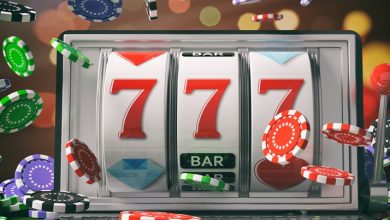 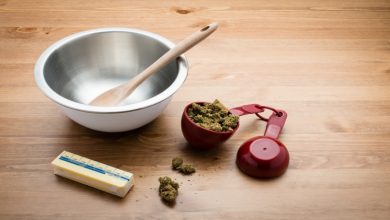 Edibles 101: How to Cook With Cannabis in 5 Easy Steps