Pranks are a great way to get your parents back for all of the times they had to get you out of trouble. The trick is that pranks should be funny enough that your parents will laugh and not want to punish you, but not so embarrassing or expensive that you’ll have to pay them back with interest.

We know you’re always looking for new ways to play tricks on your parents. But don’t worry because this post is all about pranks that won’t get you into trouble! You’ll learn how to pull off the perfect prank in just a couple of minutes and have fun doing it! So read on and find out more.

Contents show
1 10 Fun Pranks You Can Do to Your Parents
1.1 Color the Water!
1.2 Remove the Battery From the Remote.
1.3 Switch the Condiments
1.4 Strangers in Family Photos?
1.5 Fake Pregnancy
1.6 The Broken TV
1.7 A Message Sent “Accidentally”
1.8 Dysfunctional Autocorrect
1.9 A “Lost Phone”
1.10 Lyric Prank
2 Things to Remember When Pranking Your Parents
2.1 Timing is essential when doing pranks.
2.2 Pranks should not leave your parents traumatized.
2.3 Warm your parents’ hearts after the prank.

10 Fun Pranks You Can Do to Your Parents

Your parents are probably the most worried about water quality, and for a good reason. They’ve probably been hearing about how unsafe the tap water is from every media outlet for months. Now you can make them feel more worried with this harmless prank. All you need to do is wipe food coloring around the rim of the faucet. Then, when the faucet is turned on, the food coloring will form a ring of color on the water as it flows out. Wait and watch them get surprised by this simple yet effective prank. You will be surprised at how long it takes for your parents to figure out what’s going on.

Remove the Battery From the Remote.

If you’re feeling bored and want an excellent prank to do to your parents, this is it. All you have to do is remove the battery out of every remote in the house.  Their TV will be off, they won’t be able to turn on their AC or lights, and they will be left with nothing but just their devices. This prank will make them feel as if all technology has been taken away from them.

One day, when your parents are not home, switch the condiments in their fridge with something else. It could be something they don’t like or an item that is out of place. This can lead to some pretty funny reactions when they come back and see what you have done.

If you’re a prankster and want to try something new this year, replace the pictures in your family’s photo albums with images of complete strangers. This is a fun way to play an April Fool’s Day joke on your parents because it only takes about five minutes. The best part? You don’t have to spend any money or do anything too complicated. Just print out some photos from Google Images, and voila! Your family’s holiday gift is ready for them to unwrap when they get home. You’ll definitely get major brownie points for this one.

The idea of a fake pregnancy prank may seem like an obvious joke to most people, but it can be pretty surprising for parents. A prankster who wants the best reactions from their parents needs to go all out and make them believe that they’re pregnant, which can include showing up at their house with an ultrasound photo in hand or spilling water on themselves when mom is in sight. Then, when they call you over and show you the so-called “proof,” just laugh nonchalantly and tell them how funny they are. If you keep laughing, they’ll likely get suspicious and start asking questions about what’s going on. That’s when it’s time to let them know that this was just a big old prank!

If you have a smart TV at home, get creative and download some new apps that will make your screen appear like it’s broken or shattered. Of course, your parents might not know what happened, but they’ll be relieved when they find out it’s just a joke!

I’m sure we’ve all been there before. We’re trying to have a conversation with our parents, and they just won’t let up! The best way to get them off your back is by sending them a fake text message that will make it seem like you are in some kind of trouble or scandalous situation. This prank will have your parents thinking they are on their phones 24/7 with no life of their own, but they won’t know until it’s too late!

Prank your parents by replacing their phone’s autocorrect with a different one. They’ll be in for a surprise when they type the word “the” and it becomes “teh,” or when they try to send an email, and it comes out as “wtf.” You can make them laugh or scare them. It’s up to you!

This gimmick is a classic yet effective way to prank your parents. Call your parents using your phone and tell them you lost your phone. They are more likely to lose their temper and scold you because of what happened until you make them realize that it was all a joke.

A lyric prank is a practical joke where people send text messages to someone else with the lyrics to a song. This might be something like sending your parents an entire album’s worth of lyrics from “In The Air Tonight” by Phil Collins or “Baby Got Back” by Sir Mix-a-lot. Sometimes it will just be one line from a song, such as in the movie Clueless when Cher sends her dad lines about his girlfriend being a dog, and he doesn’t know that she’s talking about his new girlfriend.

Things to Remember When Pranking Your Parents

Timing is essential when doing pranks.

Pranks are hilarious when they work. There is nothing better than seeing someone fall for a prank, but there’s also nothing worse than being the butt of one yourself. Timing is essential when doing pranks because it can make or break your joke. You want to be sure that your parents know you’re joking before they get mad at you and do something drastic like keeping you grounded for a week.

Pranks should not leave your parents traumatized.

Pranks are a great way to make fun of your parents. However, some lines should not be crossed, like traumatizing people or making them feel scared and violated. So, have fun pranking your parents but don’t go too far to make these jokes work best!

Warm your parents’ hearts after the prank.

After pulling a successful prank on your parents, make sure that you make it up on them. For example, you can apologize for the prank, order food for them, or give them a gift. If you have no idea what present you can give them, you can read more about gifts to tickle your dearest ones’ hearts. This simple act will surely make them forgive you for what you did so you can have a free pass to pull another prank on them next time!

The real story behind movie “Casino” 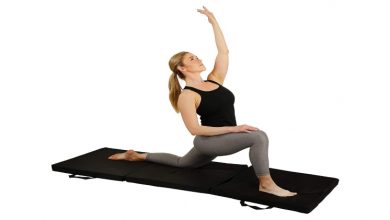 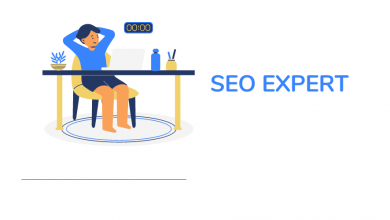 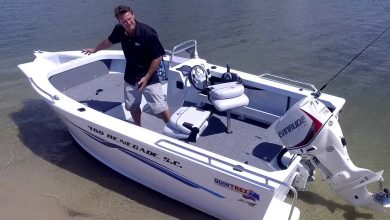 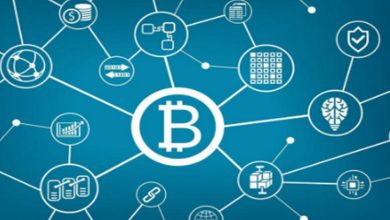 What Are Oracles in the World of Blockchain?